Hermes that is always guided by French style and simple design released Chaîne d’Ancre Punk Jewellery in June of 2017. Chaîne D’Ancre refers to an anchor in French. The Chaîne d’Ancre Game collection follows in the footsteps of the Chaine d’ancre Punk collection introduced in September 2017. Hardy, who was inspired by the punk movement in the 1970s, designed the Chaine d’ancre Punk collection after an elongated safety pin. Shapes of links and chains, forged from gold and silver, provide an invigorating take on the classic anchor chain. Punk style makes Hermes Chaîne d’Ancre Game jewelry younger and more distinctive. Hermes Jewellery has come with innovation and classic design since Pierce Hardy became the new design director. Hermes Chaîne d’Ancre Game Rings
The designer fused round and square into the anchor chain, but clever design and Punk style make the rings be divided into the ring circle and the ring surface.

Hermes Chaîne d’Ancre Game Bracelets
On the basis of the original frame, the designer combined with square so that Chaîne d’Ancre Game bracelets are full of richer geometrical lines. The cuff bangle is very chic. Of them, the most complicated model is the wide bangle whose surface is decorated with a round frame and a square frame. It reminds me of the stereo building structure. 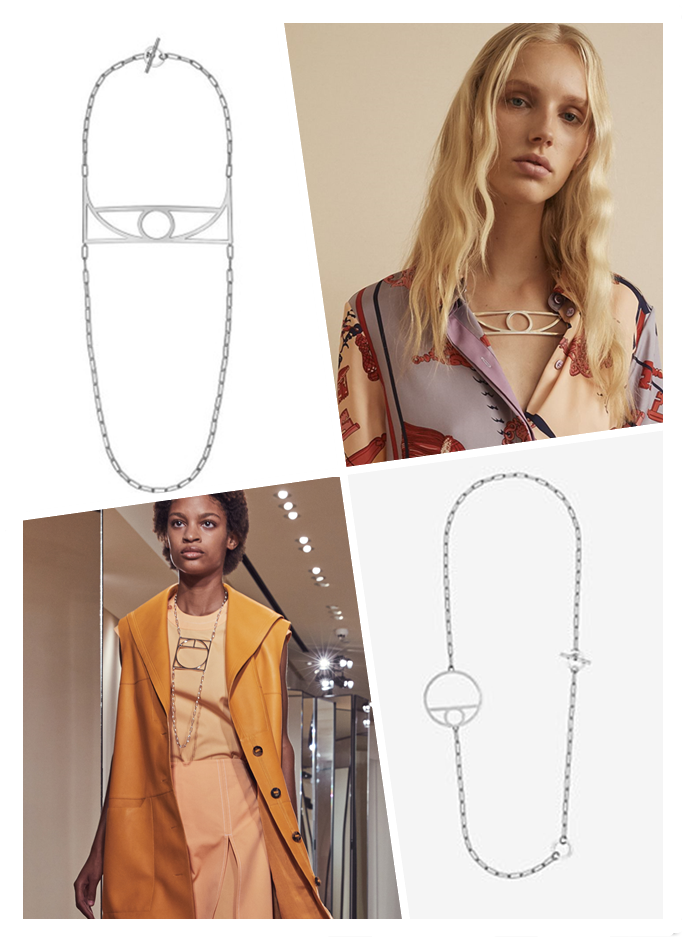 In the latest Chaine d’ancre Game line, the link is fused with a square, another beloved shape that is widely used by the brand. The varied combinations of geometrical shapes result in fascinating forms, made to be worn as a structured cuff, a necklace, bracelets and rings. The popular Ever Chaîne d’ancre earring, first expressed in silver, also makes an appearance in rose gold.